Divorce myths you should know in Singapore

According to a recent CNA report, the decreasing divorce rate in Singapore in 2018 is not necessarily a good sign since the number of cohabiting couples has increased. Because the previous generation felt like they had to get married before living together. On the contrary, in this age, many couples see marriage simply as a formality, optional to a certain extent. Couples are still getting married, and that means divorce will always be one of the options if things don’t work out. The alternative is too unpleasant to consider, after all. If you think your marriage is on the rocks, don’t hesitate to pull the trigger on divorce. You’re most likely feeling overwhelmed and don’t even know where to start. A clear picture of how the process is would be helpful. Read below for some common divorce myths you should be aware of.

Specifically in Singapore, the word “quick” is a really subjective when it comes to divorce. First of all, you or your spouse can’t decide to get a divorce in one day, and file the paperwork the next. You need to be separated for at least 12 months first. That may seem like a long time, but the government wants to be sure that you two really are sick of each other and won’t get back together in the middle of the process. If you think that’s overkill, you’re not the only one, but that’s the way the law is written right now.

However, being separated doesn’t necessarily mean living in different houses. As contradictory as it may sound, you can actually file paperwork declaring that you are separated but living under one roof. You’ll need to prove though that you’re working to disentangle your private lives, even if you’re living together for the moment. For instance, a couple that says they’ve broken up but continue to sleep in the same room will have a harder time proving they’re truly separated. But if you and your estranged spouse can truthfully say, “She’s moved into the guest room” or “He sleeps on the couch while he’s looking for a new job,” then you’re more likely to be successful.

If you’ve been married for less than 3 years, then things get even more complicated. In that situation, you’ll either need to see a counselor or have a compelling reason for why a counselor wouldn’t do any good. Abuse is one possible exception to this rule. But if you know that counseling won’t help, it may be better to just separate until the marriage reaches the 3-year mark. It’s not ideal, but it might be the least bad option. The only other exception is if you’re bounded by Syariah law. According to a top Singapore syariah lawyer, divorce can happen without the 3 years rule.

You can divorce without a lawyer

Technically speaking, you can file divorce paperwork on your own. In fact, under the civil court, you do not even need to be present for uncontested divorce. But when you do that, you’re taking a risk. There are a few simple divorces that can be taken care of without involving lawyers. If you were married more than three years without any kids, you might be able to pull this off.

But under the Syariah court, and if you have four kids and a fifteen-year-marriage to unravel, then you really need to contact a Muslim divorce lawyer Singapore who can provide experienced, dispassionate advice about the best way forward for you and your soon-to-be ex-spouse. Granted, divorce is never an easy thing. Experienced lawyers know that, and they can work with you in a way that limits the amount of personal stress you have to deal with as the process unfolds. Divorce is traumatic, but a qualified lawyer can limit the trauma and ensure you’re able to start life over with minimal financial and emotional damage.

Some people fear calling lawyers because they don’t want to air all their problems out. But it is definitely a much better option rather than venting your frustrations on social media. There are times when you need professional help. For many people, divorce is one of those occasions, and you shouldn’t feel ashamed about reaching out.

« Legal advice as an alternative to the legal profession

The free legal advice is one of the most sought after services by Internet users who think they can save a few euro to get justice. What we would like to do today is clarity, because many, after turning to an online lawyer, still find themselves having to shell out a salty parcel. 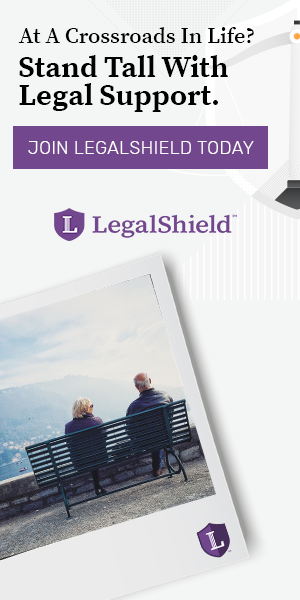